Microsoft has been leaning into accessibility in gaming lately, most visibly with its amazing Adaptive Controller, and a new patent suggests another way the company may be accommodating disabled gamers: an Xbox controller with a built-in braille display.

As you might expect, it’s already quite hard for a visually-impaired gamer to play some games, and although that difficulty can’t be entirely alleviated, there are definitely things worth doing. For instance: the text on screen that sighted people take for granted, documenting player status, items, onscreen dialogue or directions — how could these be read by a low-vision gamer who might be able to otherwise navigate the game world?

In many circumstances a screen reader is what a visually-impaired person would use to interact with this kind of data, but often that text is relayed to them in audio form, which is far less appealing an option when you’re in-game. Who wants to have a computer voice reading off your armor levels and inventory burden while you’re trying to take in the ambient environment?

There are already some braille display accessories for this kind of thing, but there’s nothing like having support direct from your console’s designer, and that’s what Microsoft has demonstrated with its patent for a braille-enabled controller. 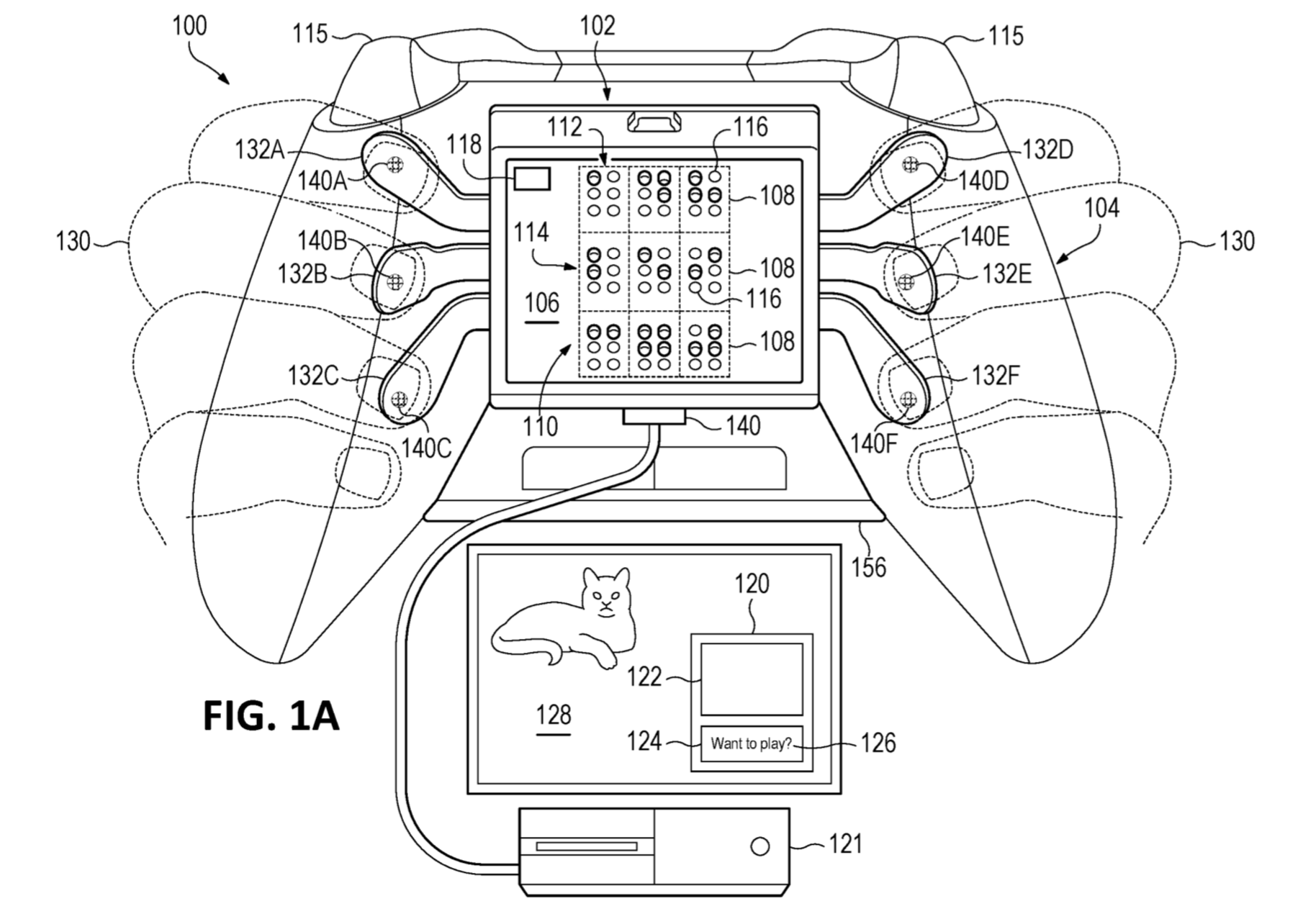 The patent was filed last year and just recently became public, and was soon spotted by German tech site Let’s Go Digital; there have been no official announcements, though the timing is favorable for an E3 reveal. That said patents don’t necessarily represent real products in development, though in this case I think it’s worth highlighting regardless.

The braille Controller, as it’s referred to in the patent, is very much like an ordinary Xbox One gamepad, except on the back there appears to be a sort of robotic insect sticking out of it. This is the braille display, consisting of both a dot matrix that mechanically reproduces the bumps which players can run their fingers over, and a set of swappable paddles allowing for both input and output. 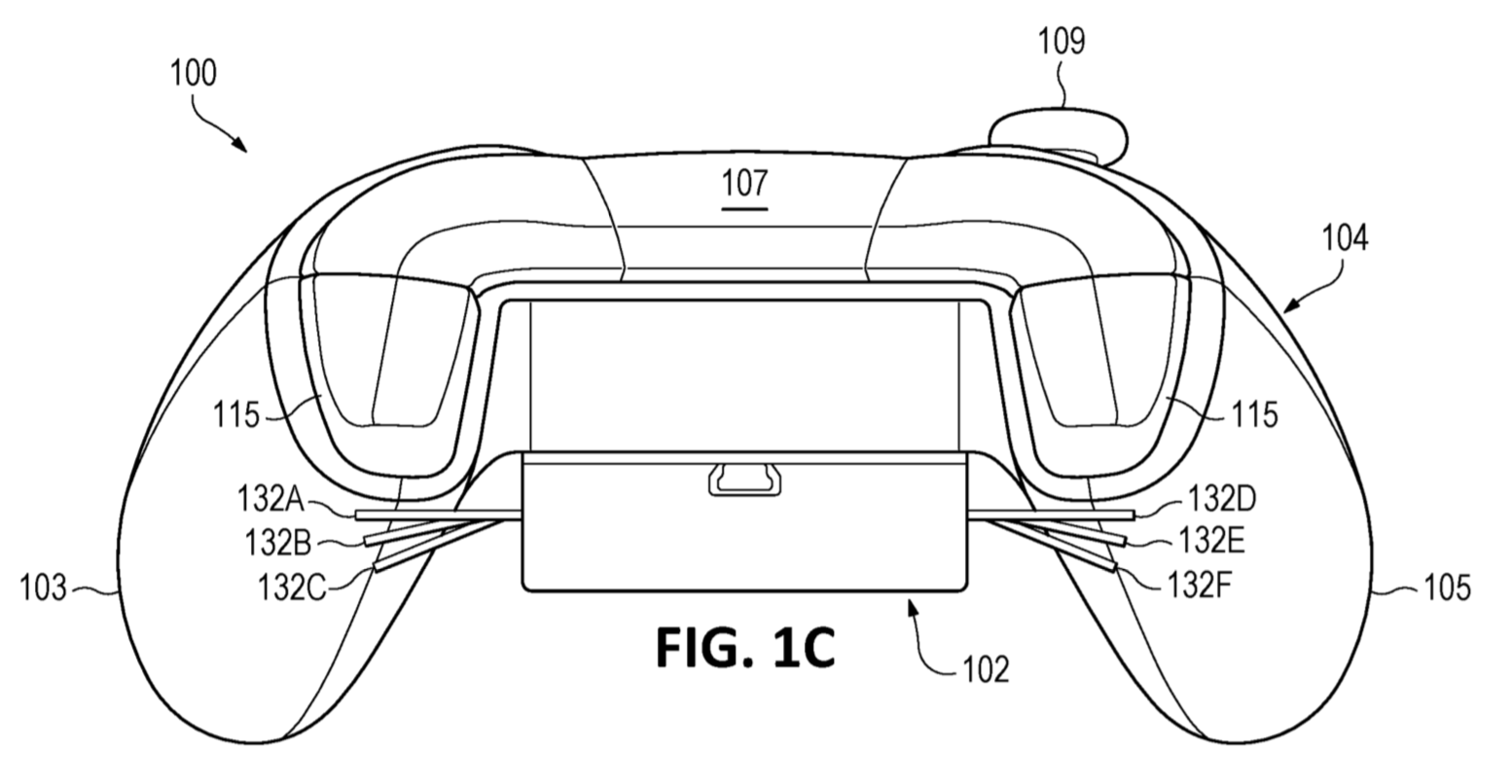 The six paddles correspond to the six dot positions on a braille-coded character, and a user may use them to chord or input text that way, or to receive text communications without moving their fingers off the paddles. Of course the mechanisms could also be used to send haptic feedback of other types, like directional indicators or environmental effects like screen shake. I wouldn’t mind having something like this on my controller, in fact.

Naturally this means games will need (and increasingly are including) a metadata layer for this kind of conversion of visual cue to auditory one, and vice versa, among many other considerations for gamers with disabilities. It’s on everyone’s minds but Microsoft and Xbox seem to be taking more concrete steps than the rest, so kudos to them for that. Hopefully their leadership in this space will help convince other developers and manufacturers to join up.

We’ll be sure to ask the Xbox team about their plans for this controller design and other accessibility improvements when we talk with them at E3 in June.