The Imagine Cup brings together winners of many local student competitions around the world with a focus on social good and, of course, Microsoft services like Azure. Last year’s winner was a smart prosthetic forearm that uses a camera in the palm to identify the object it is meant to grasp. (They were on hand today as well, with an improved prototype.)

The three finalists hailed from the U.K., India, and the U.S.; EasyGlucose was a one-person team from my alma mater UCLA.

EasyGlucose takes advantage of machine learning’s knack for spotting the signal in noisy data, in this case the tiny details of the eye’s iris. It turns out, as creator Brian Chiang explained in his presentation, that the iris’s “ridges, crypts, and furrows” hide tiny hints as to their owner’s blood glucose levels. 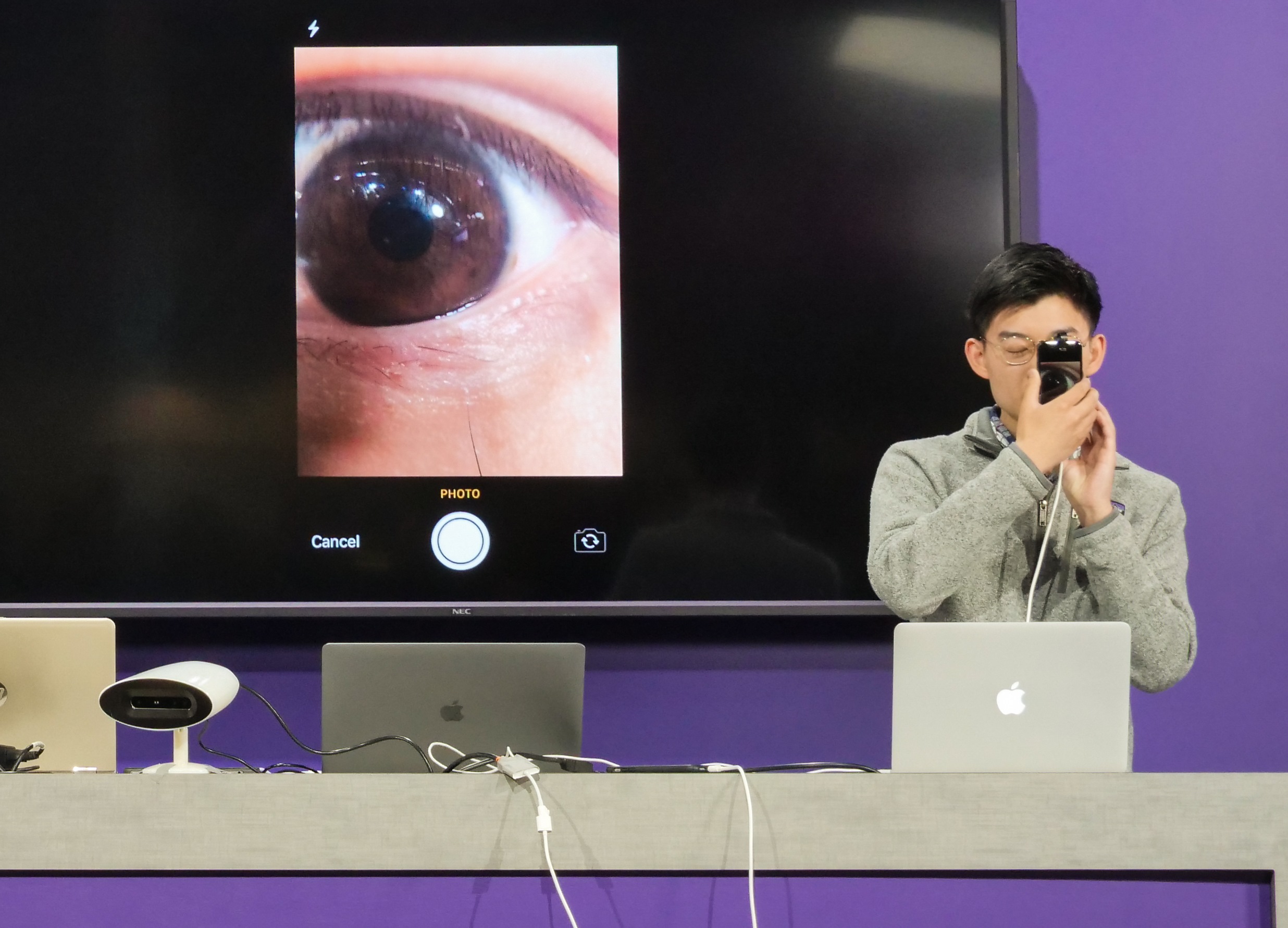 These features aren’t the kind of thing you can see with the naked eye (or rather, on the naked eye), but by clipping a macro lens onto a smartphone camera Chiang was able to get a clear enough image that his computer vision algorithms were able to analyze them.

The resulting blood glucose measurement is significantly better than any non-invasive measure and more than good enough to serve in place of the most common method used by diabetics: stabbing themselves with a needle every couple hours. Currently EasyGlucose gets within 7 percent of the pinprick method, well above what’s needed for “clinical accuracy,” and Chiang is working on closing that gap. No doubt this innovation will be welcomed warmly by the community, as well as the low cost: $10 for the lens adapter, and $20 per month for continued support via the app.

It’s not a home run, or not just yet: Naturally, a technology like this can’t go straight from the lab (or in this case the dorm) to global deployment. It needs FDA approval first, though it likely won’t have as protracted a review period as, say, a new cancer treatment or surgical device. In the meantime, EasyGlucose has a patent pending, so no one can eat its lunch while it navigates the red tape.

As the winner, Chiang gets $100,000, plus $50,000 in Azure credit, plus the coveted one-on-one mentoring session with Microsoft CEO Satya Nadella.

The other two Imagine Cup finalists also used computer vision (among other things) in service of social good. 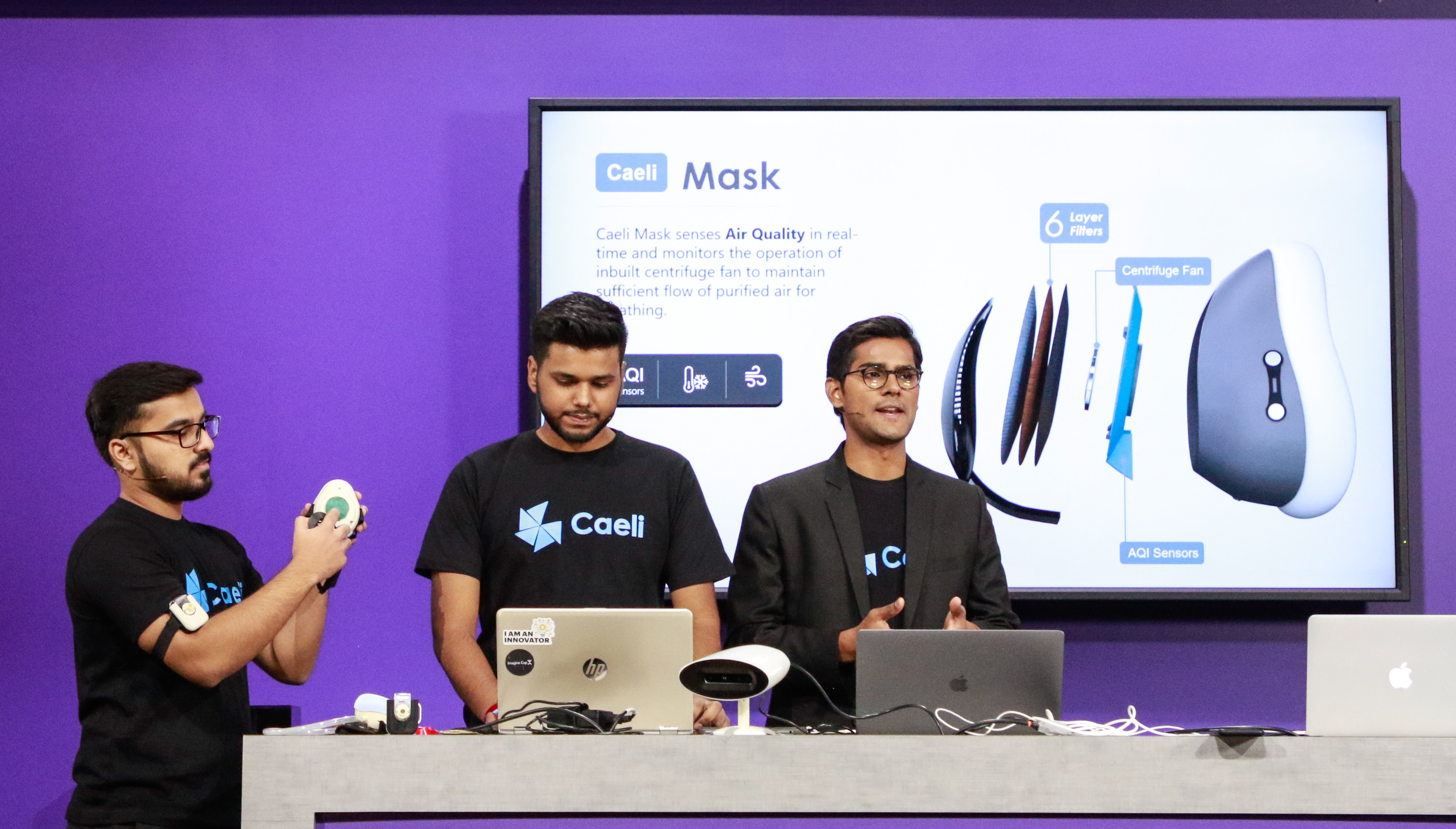 Caeli is taking on the issue of air pollution by producing custom high-performance air filter masks intended for people with chronic respiratory conditions who have to live in polluted areas. This is a serious problem in many places that cheap or off-the-shelf filters can’t really solve.

It uses your phone’s front-facing camera to scan your face and pick the mask shape that makes the best seal against your face. What’s the point of a high-tech filter if the unwanted particles just creep in the sides?

Part of the mask is a custom-designed compact nebulizer for anyone who needs medication delivered in mist form, for example someone with asthma. The medicine is delivered automatically according to the dosage and schedule set in the app — which also tracks pollution levels in the area so the user can avoid hot zones.

Finderr is an interesting solution to the problem of visually impaired people being unable to find items they’ve left around their home. By using a custom camera and computer vision algorithm, the service watches the home and tracks the placement of everyday items: keys, bags, groceries, and so on. Just don’t lose your phone, since you’ll need that to find the other stuff. 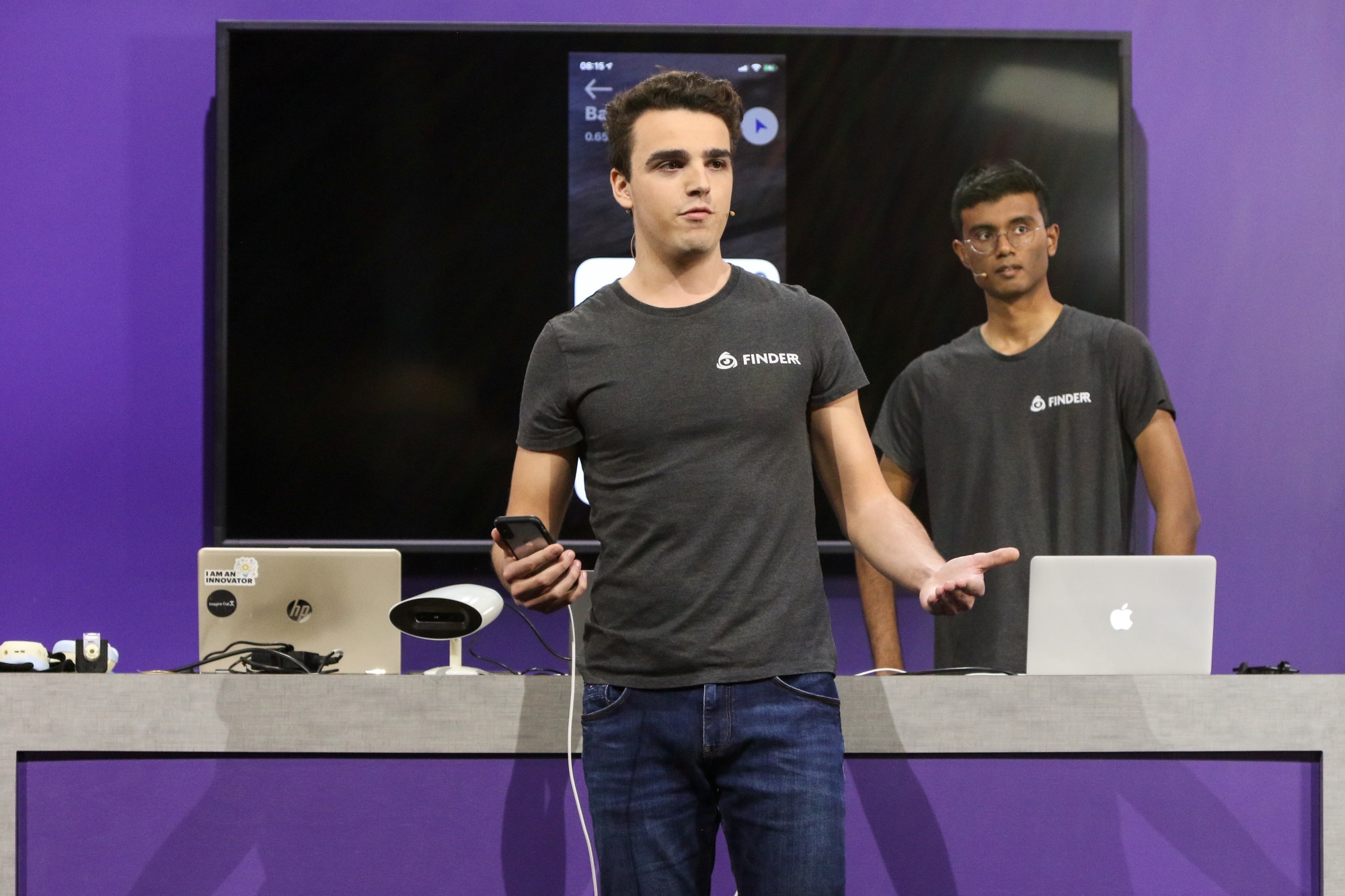 You call up the app and tell it (by speaking) what you’re looking for, then the phone’s camera it determines your location relative to the item you’re looking for, giving you audio feedback that guides you to it in a sort of “getting warmer” style, and a big visual indicator for those who can see it.

After their presentations, I asked the creators a few questions about upcoming challenges, since as is usual in the Imagine Cup, these companies are extremely early stage.

Right now EasyGlucose is working well but Chiang emphasized that the model still needs lots more data and testing across multiple demographics. It’s trained on 15,000 eye images but many more will be necessary to get the kind of data they’ll need to present to the FDA.

Finderrr recognizes all the images in the widely used ImageNet database, but the team’s Ferdinand Loesch pointed out that others can be added very easily with 100 images to train with. As for the upfront cost, the U.K. offers a 500-pound grant to visually-impaired people for this sort of thing, and they engineered the 360-degree ceiling-mounted camera to minimize the number needed to cover the home.

Caeli noted that the nebulizer, which really is a medical device in its own right, is capable of being sold and promoted on its own, perhaps licensed to medical device manufacturers. There are other smart masks coming out, but he had a pretty low opinion of them (not strange in a competitor but there isn’t some big market leader they need to dethrone). He also pointed out that in the target market of India (from which they plan to expand later) isn’t as difficult to get insurance to cover this kind of thing.

While these are early-stage companies, they aren’t hobbies — though admittedly many of their founders are working on them between classes. I wouldn’t be surprised to hear more about them and others from Imagine Cup pulling in funding and hiring in the next year.