Even before Computex officially started yesterday in Taipei, Lian Li’s combination chassis and standing workstations were already turning heads as attendees got to take a look at their interiors before the glass tops were installed. The insides of the DK-05 were clearly visible, looking like miniature water parks with a labyrinthine arrangement of tubes and lights. 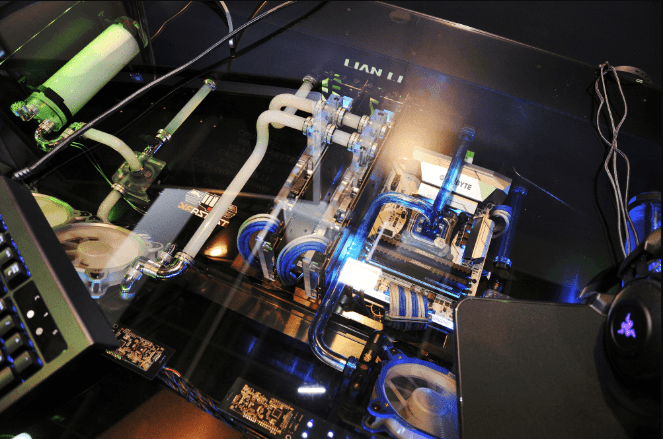 The desks’ interiors aren’t completely obscured once the top is in place. Their tempered glass tops are foggy when the workstations are turned off, but once switched on, everything inside—its liquid cooling system, motherboards, graphics cards, motherboards, fans, reservoirs, pumps and whatever else else you add in—are clearly visible. The bright lights inside Nangang Exhibition Center made it hard to see, but the photo above from Lian Li’s website gives you a better idea of the full effect. 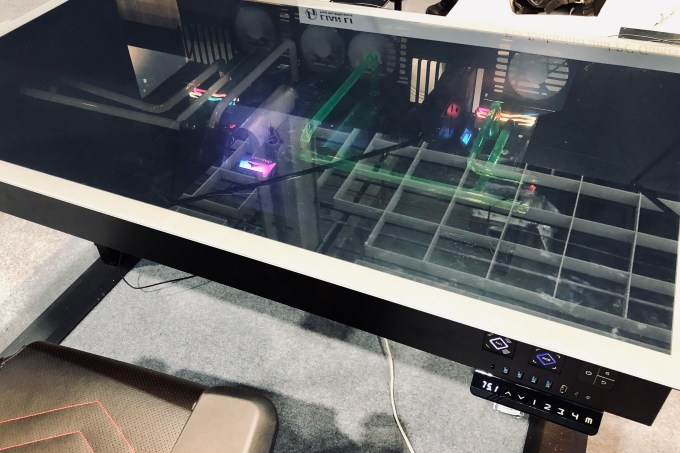 The larger DK-05 has USB 3.1 Type-c, USB 3.0 and HDMI ports and a 140cm by 78cm surface, making space for two monitors and plenty of peripheals (though you probably won’t want to cover it up). It boasts space for two extended ATX motherboards and a motorized height adjustment feature that takes it from 69 to 118 cm. You can preset four heights, useful if more than one person is using the workstation (and with a pricetag of about $1,999, it makes sense to share). A smaller version, the DK-04, costs about $1,300.